It's been over a year since the initial outbreak of a deadly plague that wiped out most of the human race. In the ruins of the post-apocalyptic world survivors have begun to band together into makeshift societies. Results have varied; where some have created democratic echoes of the old world, others have devolved into brutal raider tribes. When the rest of the world died they left everything just lying around, now the survivors are beginning to pick them up again.

In Haven City over 500 people have come together in hopes of living through the end. Inside it's makeshift steel walls everyone is working together, trying to restore the local powerplant and grow fresh food they intend to become a self sufficient community. But the ever growing zombie threat looms on the horizon as attacks become more and more frequent, and newcomers speak tales of a strange dark army growing to the east at the abandoned Military Base Echo Hotel. But creatures in the dark are the least of their worries, with overpopulation looking to become a serious issue as more and more people arrive. And rumour has it some people are finding it hard to adjust back to normal life... and would rather be back out there fighting in the wastes...

"Guys what do you want for christmas?"Beato was still in her usual clothes but with an appron on.She was making some food for the others she only had some vegtables so she was making salad. 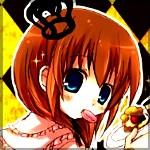 On a rooftop in the still of night Jon opened up another bottle of coca cola. It would be one of the last ones he'd ever drink, once they were gone nobody would be making them any more. Sooner or later everything from the old world would run out and they'd have to rely solely on what they could produce themselves.

It had been three months since Jon had driven the group into the town of Haven. Since then they'd all had to get jobs in order to guarantee their place there. With some help from Brian Beagle (The former deputy of Thornton, Jon had been relieved to discover the five people who left Thornton were all here and alive. Gloria Stifhand even had her baby with no complications.) Jon had been able to get into the border guards. He was the second youngest member, after Becky Miller the ginger girl who they met on the same day who was four months younger than himself. Mostly their job was to direct anyone who looked alive to the main gates where they could get in, and during the night they shot down any zombies that got too close. Occasionally some raiders types would pass by and cause some trouble, in which case the guards took a few potshots to scare them off. It worked so far but sooner or later one of the tribes would get cocky and mount a full-scale attack.

Early on in his career Jon and Becky had been made partners, partially as a joke by the higher ups they suspected, and tonight they were on the night shift in the south-west corner of the city. Things were quiet so the two had pulled out some old fold up deck chairs and were watching the moon and the stars and enjoying the last of the carbonated beverages
. "Say Jon, you think things will ever go back to the ways they were before?"
"I don't think so. The zombies just seem to keep coming, no matter how many we put in the ground."
"Sometimes I think maybe it's better this way. When everything is put into perspective like this, humanity seems to bond together."
"I'll drink to that."
He raised his bottle and she tapped it lightly against her own. Though Jons mind was filled with much doubt both about his old life and his new one, it was moments like this that he could step back and appreciate just what he had. He had a job, he had purpose in life, he had a home and he had friends. Good friends. Ah who was he kidding. He had a family again.

"But it will be our first christmas together."Beato looked a little down.But she was still thinking of her suprise."Ah,sure.Can you set the table?Also then can we go together to get some food for Jon and Becky?"Beato smilled sweetly.

''Sure! We could ask Jon and Pepper what would they like to have!'' She smiled.

"Yes!"she smiled as she started to make small lunch boxes.

"We're back!" Jon announced as he came in the front door with Becky. Because of the growing population houses were being pushed to their maximum occupancy, and so Becky had moved in with them. Also moved in was a 15 year old kid named Neil who lived in the basement and spent all day organizing records. He was strange and didn't talk much with the others. "Someone please tell me breakfast is ready..."

"Ok."the two girls went to the basement.Beatrice knocked on the door."Niel?""WHAT?"an arrogant boys voice was comming from the other side of the door.
"We are going to have breakfast,can you please come out?"Beatrice asked worriedly.Sure she was a little scared of Niel but he was pretty skilled in medical issues and helpd her control her mood swings wich she was greathfull for.The boy didn't answear."Niel..."
"I'm busy.""Please Niel we rarely get to eat all together as a family."Beatrice was just getting more worried she really wanted Niel to accept everyone not just himself."..Give me five minutes."This made Beatrice happy."Ok!"she then wisperd to Sayuri "Please make sure he gets out."Sayuri noded and Beatrice went upstairs to give the others there food.

''So 5 minutes Niel if you wont be here out at that time I'll knock out the damn door. Got it?'' Sayuri giggled. She waited and waited then the 5 minutes had passed. She then said:''Come out, Niel!'' Niel opened the door and said :''Your annoying!'' Sayuri answered with a smile :''Love you too!''. She took his hand a rushed up to everyone.

"Finally you are here!"Beato smilled she actually had some eggs with she made with some vegtables for the others.

Sayuri came in with Neil. She looked at the table and said :''Lookin' good!As always!'' She sat down.

Beatrice blushd a little.When she ate half of her food Ceru started to bark loudly."What's wrong boy?"
"He is saying you are late." Niel said as he ate."OH NO!I HAVE TO GO!SEE YA THIS EVENING!"Beato quickly grabbed her bag and ran to the small vegtable field on the east of the town."Goodmorning everyone!"Beato smilled as the others greated her.
She coden't belive that somwhere a month ago they were fighting zombies and now they are trying to restore the peace in the world.She was watering the plants in the green house since it was winter it was really cold but no snow.And christmas is comming.